HMD Global is working to launch a new budget smartphone and it looks like the phone will be Nokia 2.3. The naming suggests that it will be the successor of the budget-focus Nokia 2.2. The company had launched the Nokia 2.2 in June 2019 and it is powered by a MediaTek Helio A22 SoC and features a 5.71-inch HD+ display. Based on the leak from a distributor database, it seems that the Nokia 2.3 is on its way to the market.

According to a leaked distributor database screenshot shared by NokiaPowerUser, the Nokia 2.3 is expected to hit market soon. There is some credibility to this database as it was also the source of the Nokia 7.2 before the smartphone was launched. 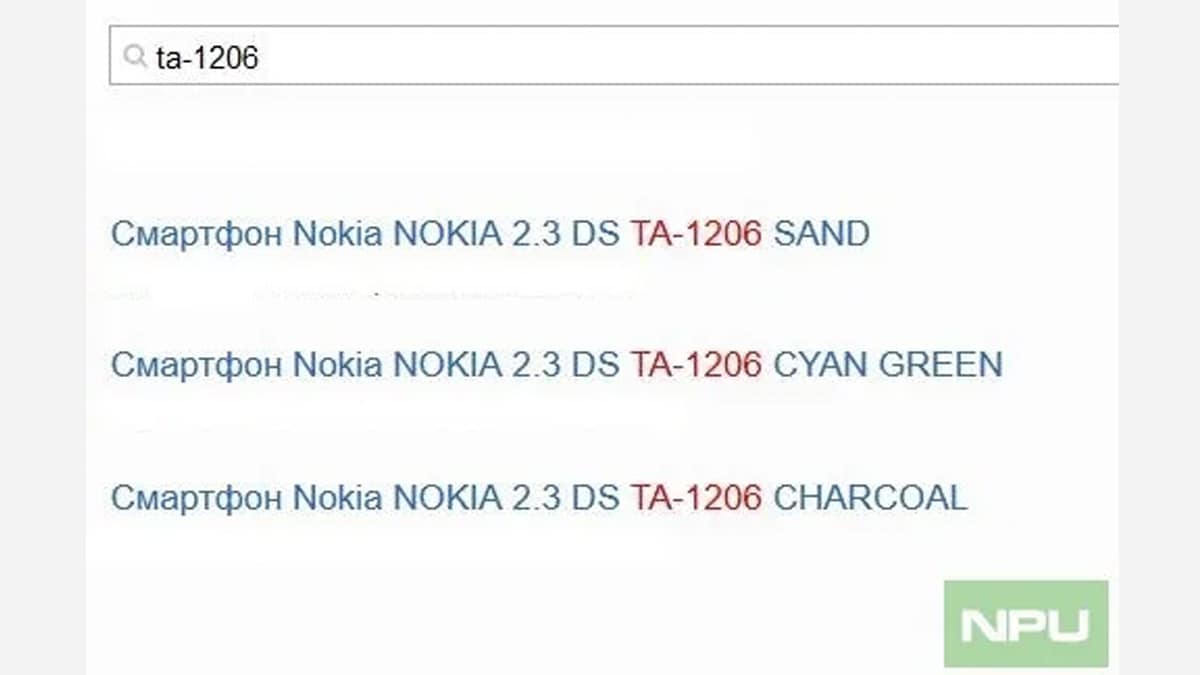 The database entry reveals that the Nokia 2.3 will carry TA-1206 model number. This entry also reveals the phone will come in Sand, Cyan Green, and Charcoal colour. While the specifications of the Nokia 2.3 are unknown at the moment it may not be very different from the smartphone it replaces. The smartphone had passed the Bluetooth certification with a MediaTek processor and Bluetooth 5.0.

Like most other Nokia smartphones, the Nokia 2.3 can be a part of Google’s Android One programme. This smartphone will most likely run Android 9 Pie. The presence of Android 10 could come as a pleasant surprise.

Aditya has been reviewing gadgets for over 5 years now and began his career reviewing smartphones. He began reviewing smartwatches when Android Wear was a thing and continues to review fitness wearables. An audiophile, he also reviews audio products every now and then. While reviewing smartphones keeps him busy during the week, he loves to unwind by going on long drives over the weekends. A thorough petrolhead who loves technology and can talk about bhp and GHz all day long.