Trending Now
National League give up hope of playing regular...
Marriott Reveals Data Breach That Could Have Impacted...
Families say it's hard to get information from...
Pandemic response unit being built at Joseph Brant...
Wimbledon chiefs must call off championships TODAY amid...
How to Prevent Eye Strain When Using a...
COVID-19: Nobody anticipated we would use so many...
B.C. health officials to provide Tuesday update on...
How can I pause my Sky Sports subscription...
HP Spectre x360 13 aw0205tu (Late 2019) Review
Home Uncategorized Take a Peek into the Busy Lives of Bug Queens!
Uncategorized

Take a Peek into the Busy Lives of Bug Queens!

Under your feet and over your head, the dramas of mighty kingdoms are unfolding. Armies unleash defenses honed over thousands of years to protect their fortresses and subjects, but most importantly, their queens—for each of these royal highnesses are the center of the life and death of their colonies. Sounds like a pretty big job, right? Let’s see what it takes to be Queen of the Fire Ants or Queen of the Wasps.

These queens lead and grow colonies that few of us would want to get in the middle of–in fact, most of us probably want them to disappear. But let’s pause: do you know what’s actually happening inside of those colonies? How do they operate? And how does the queen manage it all?

This fascinating look into the life of two different queens will have you exploring the world all around you with a fresh sense of awe. So dust yourself off and fix your hair—you’re about to meet royalty! 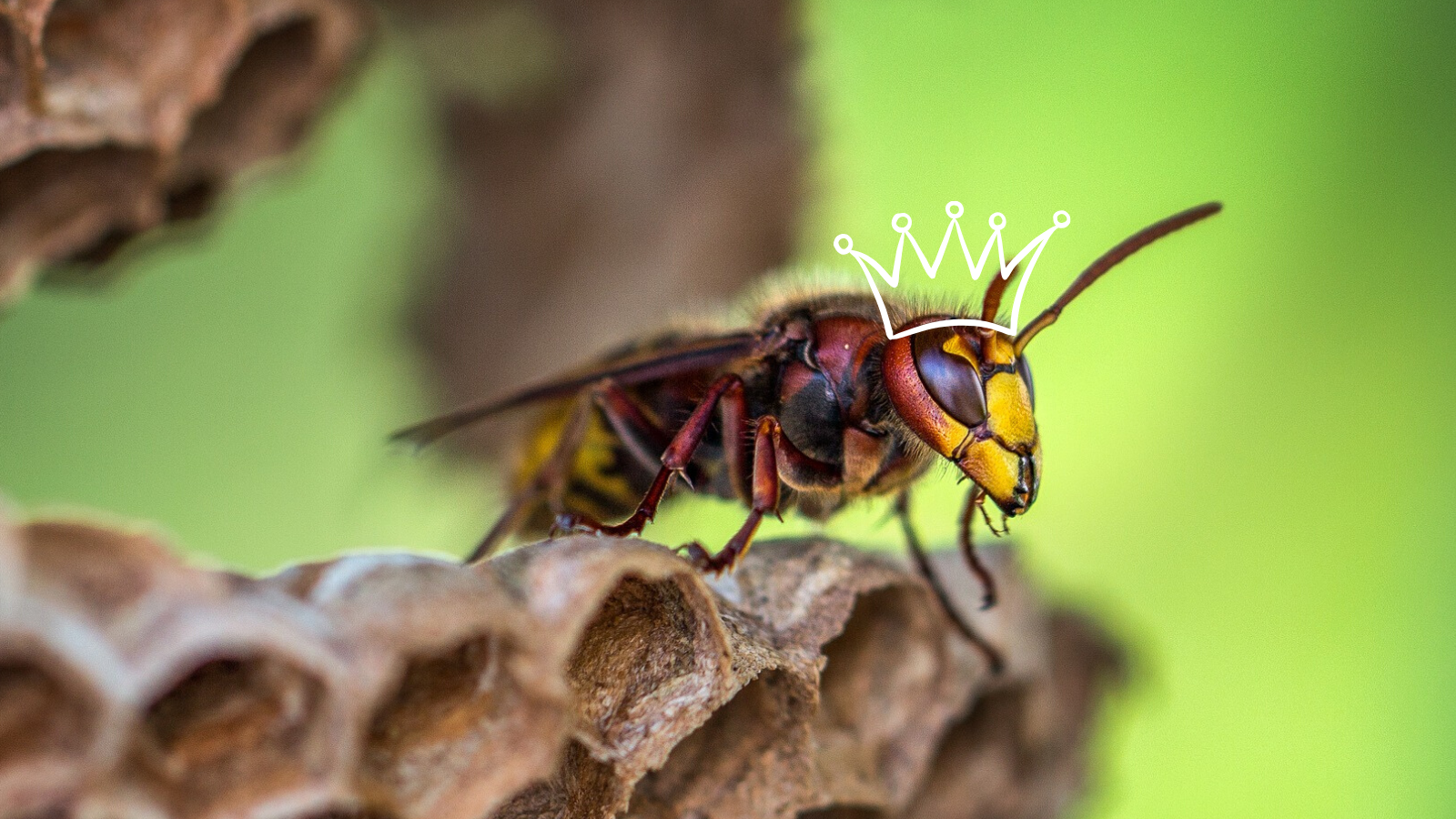 Being a queen is no easy feat. Particularly, it seems, if you’re a bug.

The queens of any social group of insects (which include ants, wasps, bees, and termites) are the only ones who are able to reproduce. This means that these ladies have a lot of work to do, for many bodies are needed to maintain and defend a successful colony.

And as new queens, the most important task of the royal ants and wasps we’re meeting today is to create an entire colony from scratch. Which by itself feels like a daunting, exhausting job, if you ask me. (Can you imagine having thousands of babies? Yeesh.) But that’s not even the most remarkable hurdle they face.

To let us in on what unfolds, TED-Ed has recently come out with two videos that give us an adorable peek inside the lifespan of the queens. Let’s make their honorable acquaintance, shall we?

Presenting her majesty, the Queen of Fire Ants

Our first queen has to handle baby snatchers and brutal wars with neighboring colonies. But thankfully, her workers (aka daughters) are armed with interesting defenses, from being able to become a literal raft (read more about that here) and spraying poisonous venom!

Take a look at the reign of this queen:

And now, her royal highness, the Queen of Wasps

Before our next queen is able to begin working on building her colony—which can reach populations of over 5,000—she first has to get through a litany of trials. After waking up from a long winter sleep (if she wakes up), she has to face chemical warfare, carnivorous plants, and of course, find a snack.

If you’re looking to learn more about the world with insightful, knowledgable sources and adorable animations, you need look no further than TED-Ed! They’re a continued favorite of mine, taking big ideas and forming them into entertaining and digestible bits.

While I haven’t always gotten along with these creatures, and I certainly won’t be seeking them out, I now have an immense fascination with them that softens my aversion.

Knowing how someone lives tends to do that, I suppose—just as learning about all of the work that goes into building something or the intentions of those who built it can reduce my desire to destroy it. (Definitely guilty of being the end of my fair share of wasp nests in the past.)

Ever since my start here at Ever Widening Circles, my experience with what’s around me has been so much more exciting. Just going for a short walk can reveal a collection of stories: the plants and trees talking together, the fungi breaking everything down, what that butterfly will do in their life, and who left the mysterious lines in leaves.

Now, looking up and seeing a nest from our yellowjacket, hornet, or paper wasp friends will lead to a little more awe and appreciation and a little less panic as I quickly back away. (Same to you, fire ants.)

These next articles have had a similar effect, changing how I see my normal days—particularly when my house gets swarmed with crows.

Want to discover something new and awesome about your world?

The best way is to click here to go to a random article. No seriously, sometimes the best surprises are the ones hidden in packages we wouldn’t suspect. And often, our perceived notions on a topic can keep us from diving in and getting that reward. So, give it a try and see what you end up uncovering!

“No problem can be solved from the same level of consciousness that created it.” —Albert Einstein

Explore the fascinating lives of other insects!

Check out some of the crawling, flying, sustainable, and dancing critters we’ve celebrated on EWC before by clicking the button below!

Sam has written and edited hundreds of articles since joining the EWC team in 2016. She writes about topics from the wonders of nature to the organizations changing the world to the simple joys in life. Her experiences with mental health and loss fuel her curiosity to connect to what’s happening on our planet in a different way. Outside of the EWC office, she’s a part-time printmaker, collector of knick-knacks, and procurer of cheeses!

Jack Todd: Emergency goalie is a breath of fresh air in an odorous winter

Explainer: The bacteria behind your B.O.

This robot catches jellyfish with a gentle ‘hug’

Eating to Save the Planet!

Matt Walker: Why Sleep is Your Superpower